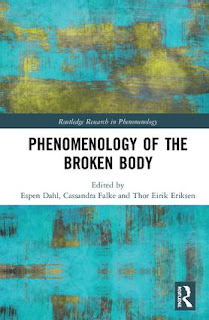 Alexandra Magearu, "Torture and Traumatic Dehiscence: Améry and Fanon on Bodily Vulnerability" in Phenomenology of the Broken Body, edited by Espen Dahl, Cassandra Falke and Thom Erik Eriksen (New York: Routledge, 2019), 49-66.
This chapter explores the complications and revisions the writings of Améry and Fanon bring to Maurice Merleau-Ponty’s phenomenological accounts of embodiment and flesh and Jean-Paul Sartre’s theories of the look and of colonial violence. Reading Améry’s reflections alongside Fanon’s writings, Magearu proposes a theoretical framework for thinking about the destabilizing phenomenological effects of violence upon the body, the profound existential displacement produced by torture, and the traces it leaves on the body, often registered as fragile inner wounds that can be re-opened upon further shocks or through the psychosomatic re-experiencing of torture. Magearu uses the term traumatic dehiscence to refer to these existential phenomena of torture, appropriating and recontextualizing déhiscence, a term Merleau-Ponty employs to describe the interfolding of the sensible and sentient properties of the body. Finally, this chapter proposes that we read Améry and Fanon’s theorization of the objectified body through racialization, torture and colonial violence, against the grain of a phenomenological model of the body synergistically connected to its environment. 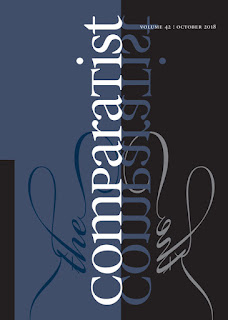 In this paper, I propose a study of the contemporary processes of gendered racialization, marginalization and exclusion affecting Arab Muslim women in the United States with reference to space, affect and embodiment. I take a phenomenological approach to the study of the mechanisms of Islamophobia and anti-Arab racism by relying on the work of scholars and philosophers such as Sara Ahmed, Judith Butler and Alia Al-Saji who have analyzed the centrality of habits of seeing and rehearsed affective dispositions in the formation of racist social practices. To trace the lived experience of racialization, I explore different poetic and political strategies employed by Arab Muslim American female artists, activists and writers such as Amani Al-Khatahtbeh, Mona Haydar and Mohja Kahf in order to interrupt racializing habits of seeing. I argue that a phenomenological analysis can contribute to the contemporary scholarship on the discrimination against Arab and Muslim women by giving visibility to the lived dimensions of racialization, including experiences of alienation and affective displacement, by inquiring into the habitual structure of the racializing vision, and finally by paying attention to the relationship between bodily disorientation and the production of spaces of marginalization. 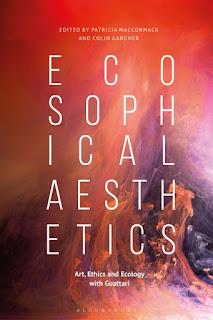 Alexandra Magearu, "The Transversalization of Wildness: Queer Desires and Nonhuman Becomings in Djuna Barnes' Nightwood" in Ecosophical Aesthetics: Art, Ethics and Ecology with Guattari, edited by Patricia MacCormack and Colin Gardner (London: Bloomsbury, 2018), 245-261.
Instead of allowing for negative, violent or self-destructive phantasmatic tendencies to seep into the structure of the Real and feed back into our culture, proliferating aggression, Félix Guattari argues for the transversalization of violence, which entails a mode of aesthetic expression available for the re-working of phantasmagorias into quasi-baroque renditions of destructive desires. In this chapter, I argue that Djuna Barnes's  novel, Nightwood, can be conceived as one such work of mental ecology since it proceeds through the transversalization and re-signification of fantasies about wildness, beastliness and the abject, as well as the depersonalization, queering and re-deployment of possessive desire. While displaying a panoply of phantasms, obsessions and anxieties surrounding the radical unknowability of the animal body of the human, Barnes' text recuperates the heterogeneousness and alterity of those marginal territories of society, theatres of non-normative performances of embodiment and sexuality. Her novel follows the dispersion of desire, away from a logic of domesticity towards an orientation to the world and its multiple potentials for becoming.