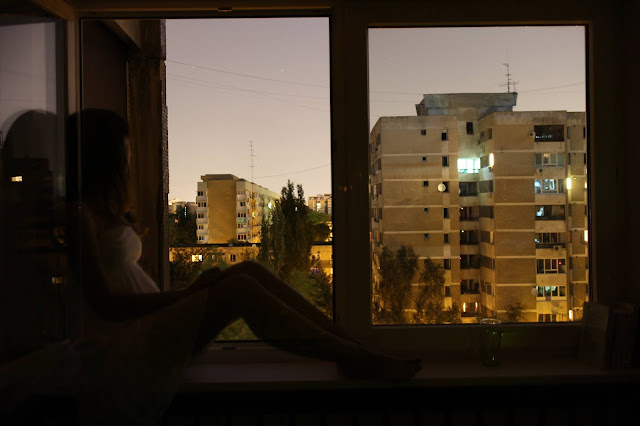 In this project, I adopt a literary polyphonic structure in order to explore the lives of different characters of diverse backgrounds in Bucharest, Romania during the very last month before the collapse of the communist regime in December, 1989. A young female student undergoes an illegal abortion and wakes up in the hospital in the grasp of Security interrogators; an elderly mother is paid frequent visits by a Security Officer as a result of her son's activity abroad; a history student combs through the Leader's speeches and books in search for innocuous quotes to include in a history book; a nine year old girl creates a fantasy world for herself in which she is playing "the winking game" with the Leader; an elderly marginalized communist reflects on antisemitism, utopian politics and in-party struggles in an interview with a U.S. sociologist; a shop owner attempts to squirrel away a crate of oranges; writers, artists and philosophers fight over the multiple and ambiguous meanings of national identity during a dinner party; a young man documents the tumultuous events of the revolution in his diary. They all have one concrete thing in common: waiting in a line for oranges. The book is meant to be a broad exploration of gender and ethnic oppression, history-writing, and political ambivalence in late communist Romania.

Sample Excerpt:
"The oranges are light to touch and their rinds are still cold and refreshing. They bounce in her hands, elastic and soothing, sparkling little rare treats. This is the sum of her wealth and joy. Right here, right now. Having first rights to handle these jewels. She picks them up from the white raffia sacks they were delivered in, places them gingerly on the counter, five at a time, and weighs them. Then off they go in their special crates, waiting their turn to be released in the world and to spread throughout the city in the bags and hands and pockets of strangers. She smiles at the thought of these oranges as well-worn travelers who have seen more of the world than most of those who will devour them. From the orange groves in distant Eastern lands, to the insides of fruit trucks, to the sacks loaded on giant cargo vessels that can mysteriously float on ocean waters, to the perilous trip through the potholes of the roads of this country. Grasped and pinched and tackled by hands of all sorts of different shapes and textures. And now, finally, here they are in her small neighborhood shop, the only guests on empty stalls, resting before their next journey.

She has developed an entire system for counting and weighing produce, making sure she is at all times fully aware of the place of every single piece of fruit or vegetable. She can’t misplace even the smallest strawberry or risk having someone else meddling into her affairs. She cannot trust Rodica and Ruxandra and she has to keep an eye on them around the clock to make sure they don’t slip a cucumber or a handful of tomatoes in the pockets of their apron when she’s not paying attention. Having assistants in her charge is more work than not having them at all. She is the one who is accountable in the face of the authorities for every single item, after all. What would she do if they got wind of what really goes on behind the scenes? It takes great skill and ingenuity to hide her own traces and make sure the records of the store look impeccable."